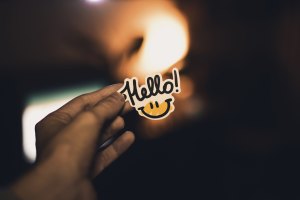 I recently received a communication that was signed ‘Mx’ from a colleague who had previously signed communications as ‘Mr’. This prompted me to ask some questions and do some research; for me it is not about labelling and compartmentalising, it is about being informed, inclusive and respectful.

‘Mx’ is one of many gender neutral or non-binary titles. It was added to the Oxford English Dictionary in 2015 and is defined as:

“A title used before a person’s surname or full name by those who wish to avoid specifying their gender or by those who prefer not to identify themselves as male or female.”

‘Mx’ pronounced “mix” or “mux” is currently considered the most prevalent of gender neutral titles. ‘Sai’, ‘Ser’ and ‘Msr’ are some other non-binary titles and I hasten to add that there are many who choose not to use any title.

Globally there is an impetus to elevate gender spectrums across all aspects of life. In the USA, New York and Washington D.C. are among states that offer options for Category X on birth certificates. In Sweden,  the word ‘hen’ is used as early as pre-school as a gender neutral pronoun. Gender neutral marketing to gender neutral parenting provokes much narrative, but progression carries unease for many.

So how can you initiate debate, inform discussion and progress practice? Here are some possible starters:

And perhaps, as a starter measure to your current position in the workplace, ask your leadership team “are our customer facing/Human Resources/Learning & Development/Marketing teams versed in the array, meaning and pronunciation of gender neutral titles?”

Gender neutral lexicon is being used before the next generation’s entry into the workplace. Sharing pronouns and asking for others’ pronouns when making introductions is increasingly emergent in universities. Schools and educational establishments are adopting gender neutral uniforms and gender neutral language. HSBC and DVLA have adopted some gender neutral lexis across their businesses and various other public and private bodies are adapting too.

So with the next generation as potential customers, collaborators, employees and the current generations’ increasing awareness and openness to the gender spectrum,  how ready are you for nurturing that informed ,inclusive and respectful environment?

Here are two activities you may like to try to initiate action on diversity, inclusion and practice.

I can remember occasions when I was wrongly addressed as ‘Ms’ or ‘Miss’ and how strongly I sensed the need to correct it; it was a chosen part of my identity that I expected to be respected.  Today, I’m increasingly aware and empathetic towards the fact that I share that sense with many, titles are not limited to an identification of gender or marital status but connect to one’s chosen identity and expression as a human.

This blog is by Msr Speding, assisted by Mx Stuart, edited by Mre Patel.